Fresh out of playing this game, I would just like to warn any newcomers; expect overwhelming emotion and the desire to call your mom, dad, dog, everyone with a strong desire to be ridiculously sentimental.

“Valiant Hearts” is a wonderful game that is equal parts puzzle-solving and learning about history–so you learn while you learn. It’s set during WWI, and you get to play as various characters. There’s Emile, the gruff, older guy with the heart of gold who fights for the French; Karl, the young man drafted into the German army who just wants to get back to his family; Freddie, the American fighting for vengeance; Anna, the young Belgian woman whose veterinary career is cut short to treat the wounds of soldiers. At your side always is the faithful dog Walt. 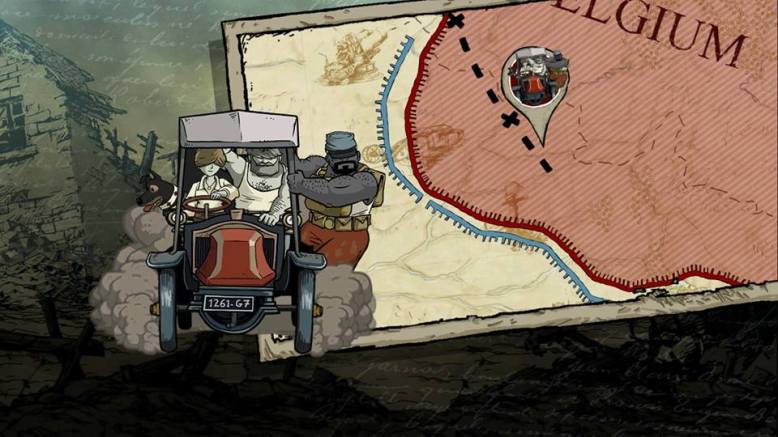 Destiny brings these five together and apart again and again as you fight in the trenches, in tunnels, and on open battlefields. Each of the characters has his or her own ability that sets them apart, but they are united in their desire for an end to the war.

In actual gameplay, there is a fair amount of violence, but you don’t pick up a gun and shoot people. There’s a lot of running from bombs, sneaking up and knocking people out and more than a fair share of explosions, however. My favorite aspect of the game is also the only 3D experience in the game where you dodge bombs in a fancy old car to the tune of classical music. Despite that, the 2D parts are still pretty fantastic and gorgeously rendered. 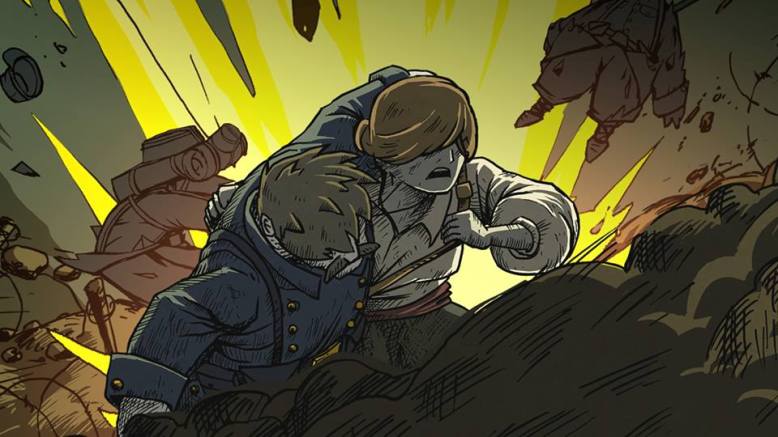 There’s also not much talking going on. The characters communicate in grunts and vague noises, and very few of them seem to actually have eyes–they’re hidden behind hair or bushy eyebrows–but it’s easy to get the point there. When something’s important, they’ll read it out, but they trust your literacy to get you through the majority of the game.

As for the puzzles, I would wager them to be at about medium difficulty. Your average person’s mind can figure them out with a little hemming a hawing–even I got through them, and I’m the most impatient person when it comes to puzzles. But if you can’t get through them, a little birdie will eventually come and give you a hint, so don’t worry about getting stuck.

You also spend a fair amount of time picking up various items, like bayonets or helmets, and each of these items come with a little history factoid attached.

Each of the characters keeps a diary, which tells you even more about life during the early 1900s. Also, at the start of each section of the game, they’ll show you a brief summary of what historical event you’re about to be a part of. 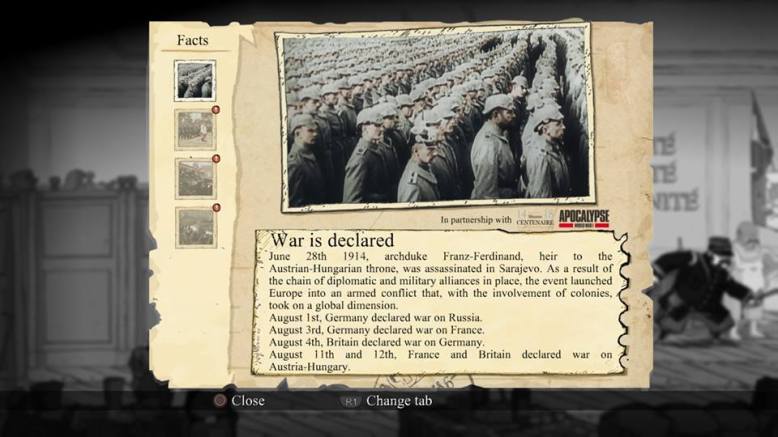 Some of it can be really disturbing for the young mind, so I don’t recommend this for kids; I mean, it is about WWI. The most disturbing scene I can think of is when you’re fighting for the French at the Chemin des Dames offensive and there are dead bodies just piling up. You even use a pile of dead bodies to hide from machine gun fire. If you can’t handle that, then it’s probably not for you.

It does do a fantastic job about incorporating important events like the Battle of Marne and the Battle of Verdun. I learned so much about what life was like back then, and it was not pretty. I do have a new found respect for what they went through though.

Most importantly, the game was all about the importance of family–whether blood or no–and having their back, and that’s something I can really get behind. We don’t really rate anything 1-10, but this game would be way up there. I highly recommend it.