The wait is finally over and it’s not an unconfirmed source like the ill intent of survivor 2299. This is from the developers themselves, Bethesda! As of 6/3/2015 at 7pm PST a countdown timer that lasted 24 hours was hosted on fallout.bethsoft.com. The countdown brought up a large amount of hype and surprised a community that has been long awaiting a return to the wasteland. Fallout 4 has officially been announced and is being released for PC, Xbox one, and PS4. 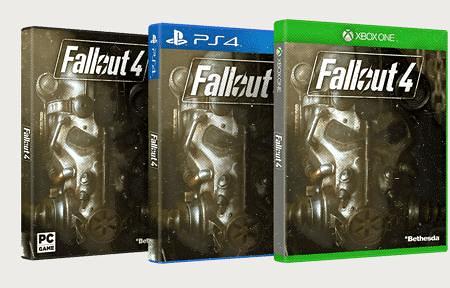 The official website was released a few hours ahead of schedule and quickly taken down but confirmed everything we have been dying to know. The release date is unknown but from the past we know that Fallout 3 and New Vegas were both revealed in June and release in October of the same year. So if we follow the pattern, one can only assume the same from Fallout 4.

With Bethesda’s very anticipated E3 conference we can probably expect to see some gameplay footage shown there and possibly even a 20-30 min demo. Get your hopes up high and get on the hype train because it’s here it’s happening!

The trailer starts with a simple tune and a man singing “It’s all over”. A dog walks in and there are flashbacks to the pre war era. As the camera continues to follow the dog you are treated to the sites of the wasteland.

We catch a glimpse of Vault 111. Images flash showing the new landscape of the waste including Scollay Square in Boston, and a large ship showing new and old enemies. Then suddenly the flashbacks show a large mushroom cloud as an atomic bomb goes off. The trailer closes on a lone wanderer boasting a vault 111 suit and his trusty companion walk into the wastes.

Are there any features you want this iteration to add to the Fallout formula? Let us know in the comments!